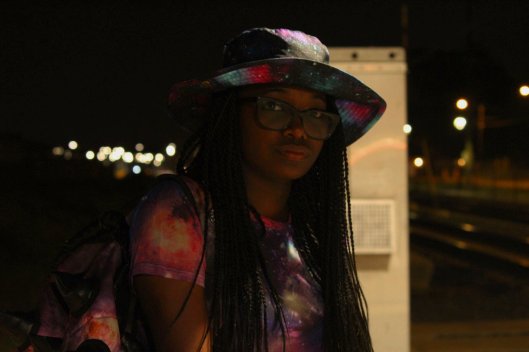 MAN I hate writing issues when I am tired as shit, but the way my life is setup currently this may be best time I get to write it. First off can we talk about the vocal range of Marsha Ambrosius. Nigga OMG, her cds don’t her justice. They don’t. I saw her in concert 2 days before my birthday last month at the underground. Happy Bday to me indeed.   Now this weekend I am going to go to Raleigh to see J.Cole perform at Dreamville Festival.  Him, Rapsody, 6lack, Teyana Taylor, Bas, and some other people who I don’t really care for but they are part of the ride.

And Pizza Hut bought the P’zone back, NIGGA what a time to be alive.

This issue is kinda complicated, not as complicated as the mermaid saga of 2017 but still complicated.

Spoiler Alert, its kinda awkward too.

So 2 thousand motha fuckin 18 was an ironic headache, truly. When the year started I thought I would get a jump on my model search to avoid the exhausting effort of trying to find people to shoot for the ideas I have. Part of that thought process included asking some of those who had modeled for me in 2017, this issue is the basis of that.

In February 2017, I was scrolling on my timeline and saw that my homegirl who modeled for me in this issue, had came back home from overseas military things. On a whim I decided to text her and asked if she would model for me again. She said she would, even though honestly I had no idea that I wanted to bring to life.  Good thing for the internet and all its many influences.

I told her I would contact her as the weather warmed up to see when she would be ready to get shot again. April came and I emailed her, and it was a complete 180. She went from I really like those type of outfits to I’m not gonna buy them because the guy I am talking to doesn’t like them.

You and I had come to an agreement before this nigga was even in the picture, now my whole concept is thrown away for some dude that you probably won’t last with. Side note I legit have no clue if they are still together, but my spider sense says probably not.

This whole shoot was based on her saying yes to certain things, one of which was shooting you in your house. But now because some guy came into the picture entered the picture who probably ain’t shit, I have to go and find a replacement. And this is one more reason why I hate fickle females. Moral of the story once again, Jano is trash when someone else comes into the picture for anything.

Since I actually liked the concept I had to go find me a replacement person. So off to instagram I go. Craigslist was no longer an option because they started to charge per ad, and considering that the bulk of 2017 I only got 2 models out of a myriad of ads I posted, or my ads taken down because apparently it was suspicious to some one.There was no way I was gonna waste my money on something I may not get a return on.

I was going through IG profiles, legit requesting to follow some people just so I can see their profiles and to see if they were what I was looking for. At some point someone slid in my DMs for once,( Forreal that never happens like at all) it was one of the girls I had requested to follow. She told me saw that I was a photographer and wanted to know if I needed a model.

Time Frame Reference, we are in May right now. Just figured I throw that in there.

Yes, yes I do. I told her yea and about the current project I am working on. She wanted to meet me first, we picked a day and agreed to meet each other after we left our cotton fields at Amelies.  We met I was chill, she was chill, we were all chill. ( Did anyone catch that Good Burger Reference, nah, ya’ll niggas whack.) At some point during our meeting she told me she lived with an authoritative  family member, which essentially killed shooting them erotically at their place. But we will get that in a minute.

For some reason I was thinking that this meeting was just going to be that, so I didn’t bring my camera or anything. But she was willing to be shot that day, so we went to my house to which isn’t far, got my camera and went to the light rail near Abari. This was legit my first photoshoot since the mermaid saga.

But Jano what about the 3 issues after that?

Those don’t count, because those weren’t my ideas at all. Even if I were to count those, it still doesn’t explain how fucking awkward I was. I legit couldn’t articulate a single fucking thought on how I wanted her to pose.  At some point I tried to shoot her against the wall of the arcade, and my lens was not functioning at all. Nigga what?! It would try to focus on her but nothing. Shit was embarrassing. Even with the flash there was nothing. At some point we called it a night and said we will do the next portion at my house.  Man I was embarrassed as fuck, about my performance, of both me and my camera.  Since she didn’t stay on her own we decided to do the next portion at my house, which sucked. Why? Because my place legit has no fucking aesthetic at all.

None, no such aesthetic at all. Especially compared to my friends house where all this was supposed to happen at.

But Jano why don’t you decorate?

Have ya’ll missed the part of the story where I have been laid off and unemployed the bulk of the last 5 years? Kinda makes it hard to decorate when you lack funds.

I legit find myself lamenting the loss potential because of a fickle female right now. Ugh anyway. The night before we met, I practiced using my camera and lens in a low lit environment. I had black light bulbs in all areas of the house and hung Christmas lights in certain areas. It was lit.

Haha, sorry thought it would be appropriate to say that phrase this one time in life. HA, ok back to the narrative.

I told her I would feed her for coming over here. We ate Digorno’s  and started shooting.Ya’ll ….this shit….was ….TOUGH. My camera was still doing the exact same thing it was the other night.

But Jano, didn’t you practice?

Yes Nigga I practiced. None of the problems that occurred during practice happened all through the night. So fucking frustrating. Now I know how my parents felt when they got mad when I acted like a cunt ass nigga when we had company when I was little. There is a certain amount of guilt when someone drives from Huntersville to help you out and shit doesn’t go smoothly. Along with the light problems, I also had problems getting the shot I want since my lens isn’t wide enough.

Meaning, shooting in closed quarters is kind of a problem

We agreed to one more session the following week and I legit feared the results. We met and actually were shooting inside the arcade. For me I was having issues with lighting, lens width and articulating thoughts of how I wanted to shoot her.  The ironic part is that  for the bulk of the shoots that I have talked about that are my ideas, I always walk the area first before I shoot them and visualize how I want the shoot to go. On God my nigga you couldn’t tell with this one at all.

As we were were living, this dude came up to us as we were leaving. We ended up having a discussion about cameras.  Essentially I found out that not all camera lens are created equal henceforth why I was having trouble with my lens performing the way it did.  Probably would have found this out sooner but this was my first low light shoot ever.Moral of the story, not all lens matter.

Ugh, just thinking recalling this saga makes me gringe. Gringe as fuck. OMG so much fucking gringe. Anyway to see the images from this gringe fest check go here.

Anyway that is how I obtained my purple stone. 5 left. I promise I still feel like Thanos still.When I get the last 3 I want to feel snap my fingers and obliterate the population, I think I deserve it.

But for right now I am going to wash my hair.

Side note, if you ever decide to say that you will model for me (if I ask) and decide to be fickle as the friend I mentioned earlier. I will set your life on fire in the way Cersei did those holy fuckers in Game of Thrones.

Ok, now it is time to drench these curls.